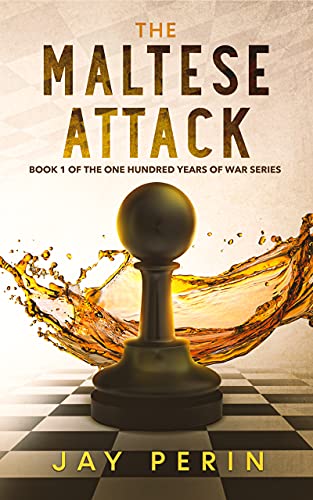 ONE MISTAKE IS ALL IT TAKES TO CHANGE THE COURSE OF HISTORY.

It’s 1973. Oil wars, terrorist attacks, Watergate... Senator Temple has his hands full, maneuvering political turmoil at home and the powder keg that is the Middle East. His mistake allows a criminal businessman to seize control of the world’s energy sector. Powerful oil dynasties—the Kingsleys, the Sheppards, and the Barronses—could help Temple fix things, but greed and old grudges threaten the alliance.

Three families, their fates interlinked. A politician with secrets. An enemy to fear. From high-society New York to dusty Middle Eastern villages, from broken romances to bitter conspiracies, they battle their way through the glitter and grit of the ’seventies and ’eighties. One wrong move from any of them, a single error, will echo across decades and change history.

The Maltese Attack starts a gripping political saga, a tale of powerful men and women who fight ruthlessly, hate virulently, and love unwisely.