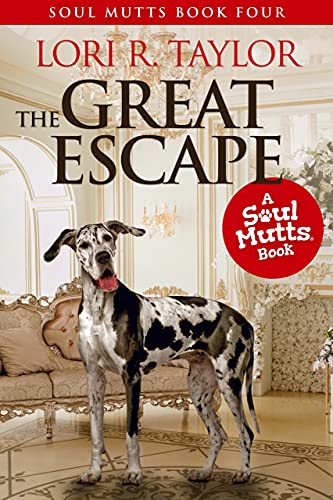 Dogs are the best judge of character.

Eliza Jacobson has always been the black sheep of her mega-successful family, who runs the HealthNut Corporation. She’s not as pretty, talented, and business-savvy as her older sister. But she loves volunteering to work with the dogs at Pretty Paws, especially Athena, a Great Dane whose high-anxiety habits make her nearly unadoptable.

After her last-chance opportunity to become a vet tech collapses, she takes a job at the call center of HealthNut’s competitor, Thetalife Supplements, where she meets the dashing, charming, sweep-you-off-your-feet CEO, Tony Costos. She thinks she may have finally found her Prince Charming and the fairytale life she’s always dreamed of.

At first, Tony showers her with compliments and gifts. But when he adopts Athena to use as the Thetalife mascot, Eliza finds herself shielding the dog from Tony’s temper, and the Great Dane’s increasingly anxious behavior mirrors Eliza’s own growing unease.

Will Athena’s friendship give Eliza the courage to stand up to Tony before his dark ambitions destroy everyone she loves?

The Great Escape is the fourth book in the Soul Mutts series, heartwarming stories of lost dogs finding new homes with the humans they were born to heal.