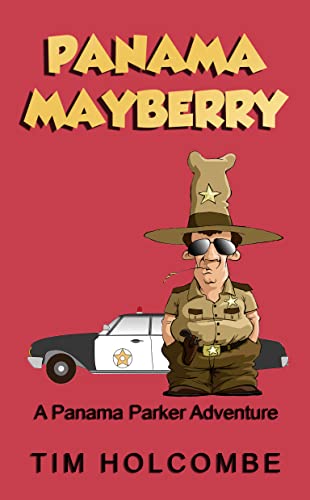 PANAMA PARKER IS BACK!
Mayberry Days, a celebration of a classic television show, is a lively annual festival in Mount Airy, North Carolina. Panama arrives in town, ready for a week of frivolity and adventure. His plans take an unexpected turn when his path is crossed with a local resident, a spinster who claims to be a star from the golden age of Hollywood.

While Panama deals with her over-the-top antics, he is unaware a grave danger is lurking. A fugitive from Alaska has set his sights on Panama, with plans to take from him all he has. Panama becomes his prisoner, trapped, and held against his will, with no apparent way of escape.

The predator captures his prey, and all of his assets. But the stalker is unaware he, too, is being stalked. A cat and mouse game of life and death soon ensues for Panama, the fugitive, and others who are seeking them both. It will take every skill Panama possesses, to free himself from his chains and live to see his captor brought to justice.