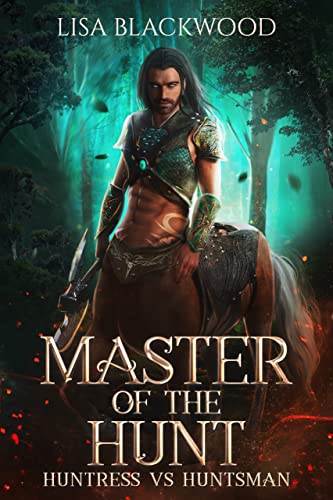 In a land of three warring kingdoms, a centaur huntsman and a warrior priestess might be the only hope for peace. If the two enemies don’t kill each other first, they might even find love.

Seira of Blackstone has fought in many border skirmishes against the centaurs of the lowlands, but when she comes upon a massacre, it’s soon apparent the centaur and human dead weren’t fighting each other. They were fighting together against a third, unknown foe.

Toryn, a centaur huntsman, is following the trail of a group of soul-mages when he encounters Seira, the most exquisite female he’s ever beheld. She’s majestic, battle-hardened, strong-willed, and her sharp tongue fires his blood more than any other female he’s ever met.

While Seira’s natural instinct is to kill the horseman, she’s also swift to see they have a better chance of success if they work together. But there is more danger than just an unknown enemy. As they come to depend on each other, Seira secretly admits she has growing feelings for her centaur partner.

That’s a problem. As a warrior-priestess of the Moon Goddess, Seira has sworn vows of obedience, loyalty, and chastity in exchange for her magic. As such, her body, heart, and soul can never be shared with another. Not even a noble centaur with equal parts desire and tender longing in his eyes.

But centaurs are renowned for their stubborn natures, and Toryn plans to claim Seira’s heart even if he risks having the warrior-priestess bury one of her blades in his chest for his troubles.